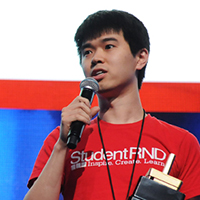 This is the second post in the series introducing the amazing young people who are profiled in my upcoming book, BE A CHANGEMAKER: HOW TO START SOMETHING THAT MATTERS (Beyond Words/Simon Pulse, September 2014). Today I’m introducing Edward Jiang, founder of StudentRND, and giving some behind-the-scenes details about our in-person interview. 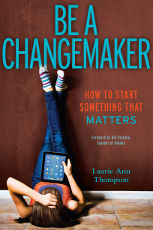 Today, I’m kicking off a series of blog posts that will introduce you to some of the amazing young people who are profiled in my upcoming book, BE A CHANGEMAKER: HOW TO START SOMETHING THAT MATTERS (Beyond Words/Simon Pulse, September 2014). Each of the 18 chapters in the book includes a short piece about how one or more young people changed the world and their experiences with the chapter topic, in particular. I was able to interview most of them in person, via Skype, by phone, or by email, and I have so much more great stuff about them than would fit in the book–sort of like out-takes, only better! I hope you’ll enjoy “meeting” them here and reading more about them and their work. 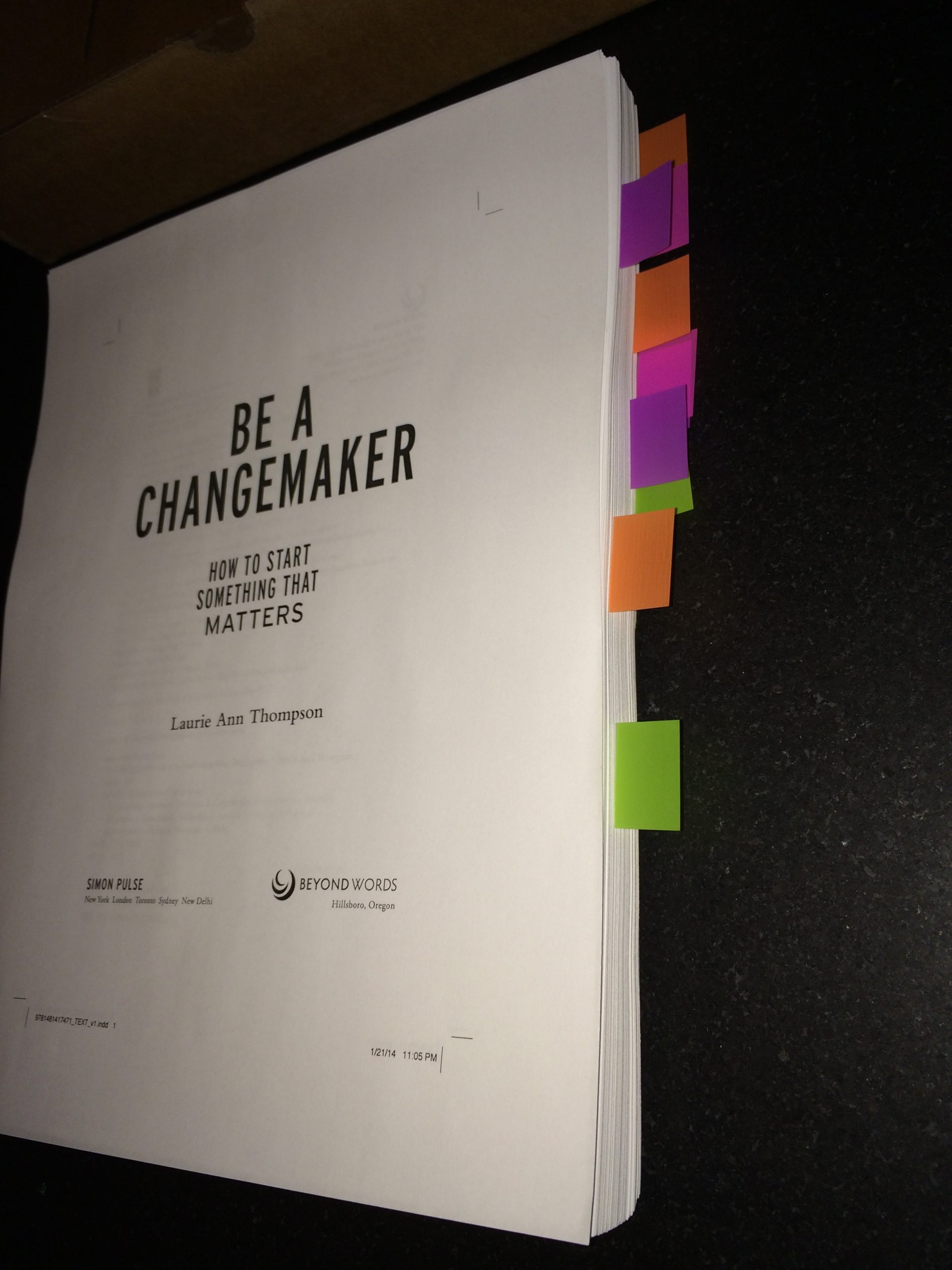 I’ve had some recent excitement! In case you missed it over at Emu’s Debuts today (where I blogged about the dueling feelings of elation and terror that come with it all), here’s a quick recap…

Things just got a lot more real, folks, in the best possible ways. 🙂

I haven’t posted here for way too long, but 2013 turned out to be quite a year. I did manage to squeeze in a few posts over at Emu’s Debuts, so I thought I’d share them here as a sort of roundup (and to partially explain where I’ve been since the last post)…
In July, I had the amazing experience of attending my second Erin Murphy Literary Agency client retreat, this time in Big Sky Montana. Words can’t really describe how wonderful these retreats are, but I posted a bit about it here.

Despite the mad race to the finish line, I feel really good about how it all came together. And here‘s a post about how it felt to get to THE END.

Then there was the dreaded author photo, which actually turned out to be sort of fun (and decent enough to share with the world, thank goodness!). 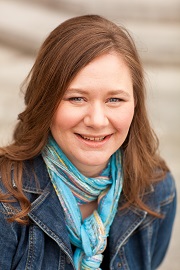 Other news and highlights from the year?

Thanks to the support of my fellow EMu’s following that post, I’ve since hit a pretty good stride and am feeling much more comfortable about my ability to finish the book without letting it kill me. I’ve got a dandy collection of spreadsheets to track my progress by word count, by chapter, and by research. I’ve got some reward systems in place (i.e. Lindt’s A Touch of Sea Salt bars).
So, things are flowing much more smoothly now with the writing part, and I am thrilled that the interviews are rolling in as well. I can’t wait to share what some of the stories about what these venture teams are doing! I’ve known I wanted to write this book for years, but now that I am actually doing it, I’m having even more fun than I thought I would. Hearing these teenagers talk about their ideas, their goals, their success stories: WOW! It is so inspiring, and on so many different levels. Whenever I start to think maybe I can’t do this, that this book is too ambitious or the deadline is too short, I just think about what some of them have done. If they are changing the world at the age of 18, or 15, or 10, surely I can write one little book, right? And if my little book can help just one more teen pull off even a tiny fraction of what these kids are already accomplishing, then I know all of my efforts will have been worth it.
After the book is done, I hope I will be able to share with you here some snippets of the interviews and outtakes from the profiles I’m working on, because these young people will blow you away, and in the best possible kind of way. I hope my readers will be as affected by learning about these teens’ ventures as I have been.
When we watch the TV news or read the newspaper headlines, it’s easy to get discouraged about the state of the world. But writing this book is the complete opposite experience. It’s hard to get discouraged about where the world is heading when there are so many young people like the ones I am writing about out there.
And now, back to work! Please forgive me if I’m a little quiet for the next few months. 😉

Although we recently spent a week in Disneyland, last week was definitely the bigger roller coaster ride for me: I had surgery on Tuesday, then my second book deal was announced on Thursday! There’s nothing like good publishing news to cheer up a writer who is feeling down, and nothing like a book selling on proposal–with a short deadline–to make her want to recover as quickly as possible.
Here’s the announcement from Publisher’s Marketplace:

And here’s the fabulous write-up my amazing agent put up on the agency website:

Quick show of hands: Who here has ever dreamed of changing the world? Okay, now one more: Who’s actually sat down and put together a specific plan for changing the world, complete with guidelines, practical tips, and hands-on experience from those who have gone before and actually done it?
Let me introduce you to Laurie Thompson. Last year, Laurie’s first picture book was signed on by Schwartz & Wade. This week, Laurie has accepted a publication offer for her newest book, a non-fiction manual for teens and preteens, tentatively titled CHANGEMAKERS. Focusing on the experiences of teens and young people who have made a concrete difference in their own neighborhoods, countries, and across the world, CHANGEMAKERS will be the definitive guide for kids who want to make a difference but don’t know how to get started. And I have a feeling the rest of us non-kids will enjoy it too!
This book was enthusiastically signed on by Nicole Geiger at Beyond Words Publishing/Simon Pulse, and is slated for publication in Fall 2014. Huge congratulations, Laurie!

Even though this is my second book deal, it looks like it will actually be my publishing debut. My first book, a picture book, isn’t scheduled to launch until spring 2015, but this one is scheduled to come out in fall 2014. Since this one sold on proposal, however, I have a lot of work to do in a short amount of time if that is going to happen. So, please forgive me if I’m even quieter than usual for the next few months.  As soon as I am recovered enough, I’ll be back on my treadmill pounding out words!