Today I’m thrilled to welcome back author Deborah Hopkinson. I interviewed Deborah here previously in a more general sense, but this time I’d like to talk specifics about her latest book, KNIT YOUR BIT, coming from Putnam Juvenile on February 21, 2013.

KNIT YOUR BIT is a fictionalized account of the real “Knit-In” event at Central Park in 1918. Despite being fiction, it was heavily researched to get the historical details right, and readers can learn a lot about the time, World War I, and the people who lived then.

Please help me welcome back Deborah! 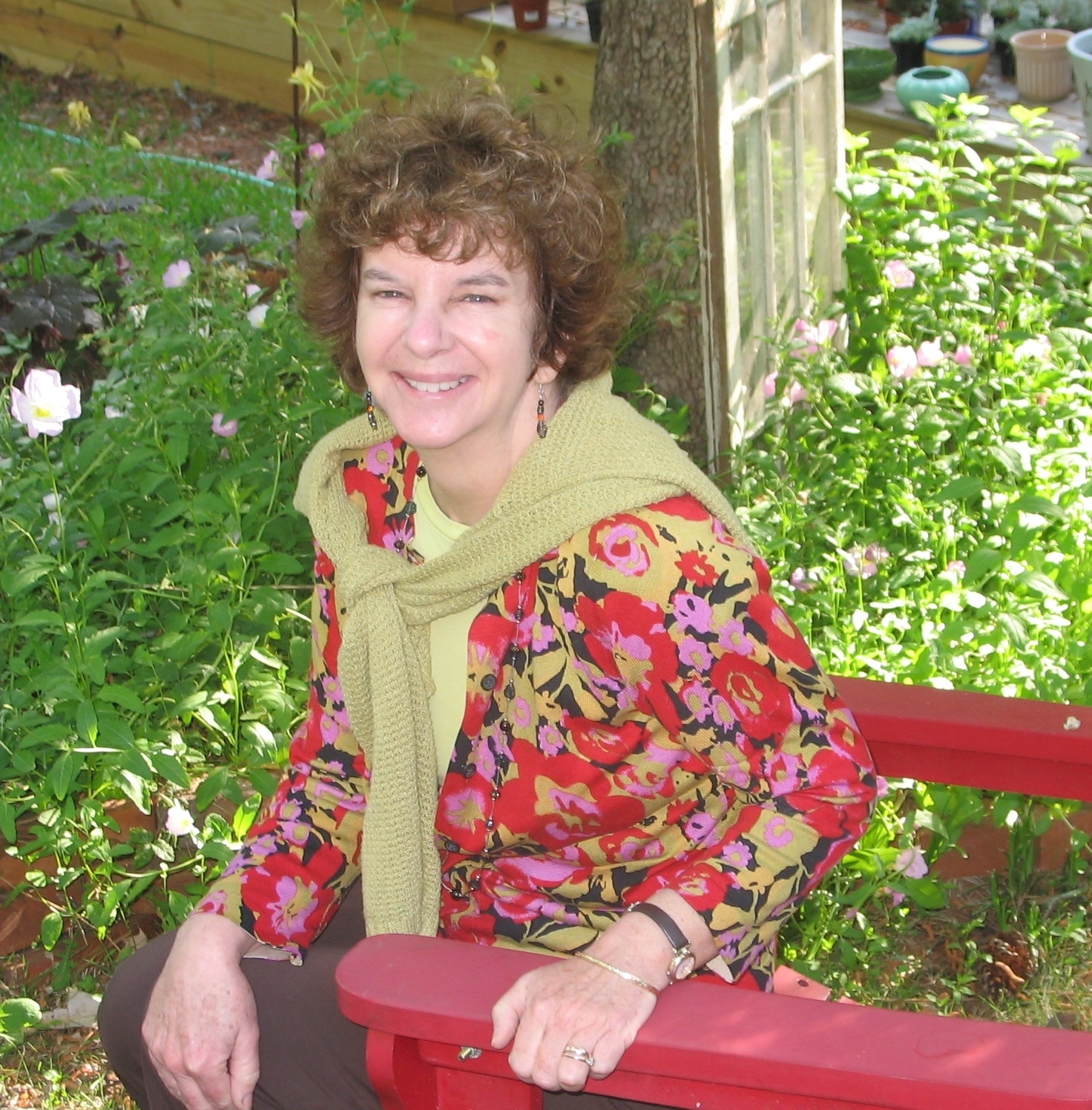 LT: Hi, Deborah. It’s great to have you back. I love KNIT YOUR BIT and how it melds a fictional story with a nonfiction event. How did you first become interested in writing about this topic? Where did the seed of the story come from?
DH: The seed of this story actually dates back some years, to my first professional job.  After graduate school I stumbled into a career in fundraising, which I have pursued ever since, in addition to being a writer.  My first position was Staff Writer for the American Red Cross in Honolulu.

DH: As part of a history celebration, I wrote some articles for the organization’s newsletter and stumbled upon one of firemen knitting in World War I.  I loved that image.  As a writer interested in history, I collect books on a wide variety of topics.  At some point, thinking about the upcoming anniversary of WWI, I remembered that photo and began reading about the history of knitting.  Eventually, in Anne L. Macdonald’s NO IDLE HANDS, THE SOCIAL HISTORY OF AMERICAN KNITTING, I found a reference to the 1918 Central Park Knitting Bee, and that’s where the story began.
LT: What kind of reader do you think this book will appeal to?

DH: I think that my editor, Shauna Rossano, and the illustrator, Steven Guanaccia, have done wonders to make this story appealing to young readers. I hope people who love crafts and knitting will be interested.  I know that I often sign copies of my picture book, SWEET CLARA AND THE FREEDOM QUILT, which are being given as gifts to adults.  I hope folks will give KNIT YOUR BIT to friends (women and men, as well as boys and girls) who knit.
LT: What was your research process like for this book?
DH: Like many of my picture books, KNIT YOUR BIT is historical fiction inspired by real people or events, and includes an author’s note about knitting for soldiers during World War I.
DH: The New York Times published an article on the knitting bee back in 1918, and some of the details of the prizes awarded are pulled directly from that piece.  I also researched and got permission for the historic photos on the endpapers, which include one of sheep grazing during World War I on the White House lawn.  Unfortunately, I wasn’t able to track down permissions for the Makiki fire station photograph, but I have added to my Pinterest Board for KNIT YOUR BIT: http://pinterest.com/DAhopkinson/knit-your-bit-a-world-war-i-story/


LT: What was your favorite part of the book to research and/or write?   What was the hardest part of the research and/or writing for you? How did you deal with that?
DH: I actually love doing research of any kind.  The hardest part is not having enough time, or not being able to travel to do research on-site.  For KNIT YOUR BIT, the fact that I couldn’t actually find any first-person accounts of children who participated in the knitting bee meant that I felt the story, although based on real events, needed to be historical fiction to be appealing to readers. I always tell kids that when authors put words in character’s mouths the story becomes fiction.
LT: How have your research and writing processes evolved over the course of your career?
DH: I think my processes have improved over the years.  I’m writing a nonfiction book now on World War II, and I’m being careful to cite each source meticulously as I go along.

DH: This is something I learned the hard way, especially with longer nonfiction.  The vetting and research process for my 2012 book, TITANIC, VOICES FROM THE DISASTER (a YALSA Nonfiction Award finalist) was incredibly detailed and time-consuming, because of the wealth of information and the sheer complexity of the story.  So even though it might be tedious, I have learned to take my time and carefully track information and sources. It definitely saves time later!

LT: I think every book teaches us something new, about the world, about ourselves, or about the craft of writing. What have you learned as a result of writing this book?
DH: I tend to write for older readers, especially since both my kids are now in their twenties.  I like to do author visits and talk with first and second graders and imagine how the book will sound if I’m sharing it with them.  That was especially helpful in paring down this story to be as kid-friendly as possible.
LT: Besides promoting your new book, what are you working on now?

DH: Right now, I’m finishing the proofreading for my fall middle grade novel, THE GREAT TROUBLE, A MYSTERY OF LONDON, THE BLUE DEATH, AND A BOY CALLED EEL.  I’m very excited about it because 2013 is the bicentennial of the birth of Dr. John Snow, whose work in the 1854 cholera epidemic changed medical history.  With the recent outbreaks of cholera in Haiti, this topic is especially relevant today.
LT: Is there anything else you’d like to tell us about?
DH: I have several knitter friends who helped with this book, including Robin Smith, who knits hats for premature babies with her second graders.
DH: I, on the other hand, am an extremely poor knitter and I’m not very good at hats – or socks.   I knit scarves for relaxation only, and only dare give my handiwork to people who don’t knit at all. I am lucky enough to live near Portland, Oregon, where there are many wonderful yarn stores and enthusiastic knitters.
DH: I’m also delighted that the tradition of knitting for soldiers continues today. I hope that KNIT YOUR BIT inspires readers to learn a new skill or share one with others.
LT: Thanks so much for sharing with us, Deborah. And best of luck with KNIT YOUR BIT!
Share on facebook
Share on twitter