A few weeks ago I posted this review of Cynthia Levinson‘s amazing middle-grade nonfiction book, WE’VE GOT A JOB. Now, I’m thrilled to welcome Cynthia herself  here to talk about it! 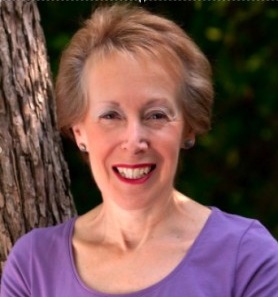 LT: Hi Cynthia! One of the first things I noticed about WE’VE GOT A JOB was how thoroughly researched it is. What was the hardest part of the research and/or writing for you?
CL: The hardest part, one which historians and researchers on many matters face, was figuring out what to do about contradictory information. One person remembered that the events of the Children’s March in Birmingham, Alabama started on one day; another was sure it was a different day. One person knew that Dr. King spoke to him at the church; others said King was elsewhere. A third person was definite that she was arrested for picketing on a particular day when other sources indicated that no arrests occurred that day.
LT: How did you deal with that?
CL: I don’t at all blame my respondents! The events I was asking them about took place nearly 50 years ago at a time when they were both young and frightened. Determining the facts required so much effort that I wrote an entire Author’s Note about it.
LT: How complete was the book when you sent it out?
CL: Because this was my first book, I went overboard what I submitted to my agent! At the same time, because this was a work of nonfiction, which, unlike fiction, doesn’t need to be complete, I submitted a proposal, rather than a full manuscript. But, what a proposal!
CL: It consisted of five complete draft chapters, a narrative outline with almost half a page of text for each unwritten chapter, a four-page bibliography, many pages of footnotes, sources and costs of photographs, and, probably, a partridge in a pear tree. I’ve since learned that this much prep is not necessary. But, I wasn’t sorry that I had done so much work in advance of submission. The outline was solid enough that it structured the final book, even after many textual edits. And, the proposal sold the book—eventually.
LT: What else have you learned as a result of writing this book?
CL: As a seasoned writer for quality nonfiction children’s magazines, I was used to doing mammoth amounts of research that never make it into the final product, organizing reams of material, writing succinctly, etc. What turned out to be new with this book is the human element.
CL: Not that I hadn’t written about people before. I had—William Kamkwamba, for instance, who brought electricity to his village in Malawi; Martina Zurschmiede, the youngest member of the Swiss Lace Making Association; Nathan Wolfe, who is searching for and trying to prevent the next pandemic. But, with short pieces of 500-800 words, you’re looking at the facts of what people are doing. With a book, I discovered that I also needed to delve into people’s motivations, into the passions or fears that propel them to do what they do.
CL: Ferreting out these factors entailed asking probing, intimate questions. “How did your mother beat you?” “Why did you lie to your parents?” Invariably, I learned, when my respondents lowered their voices, when they whispered to me, even though we were the only ones talking, they were reaching deep inside themselves.
LT: What surprised you the most during the process?
CL: Because I had never written a nonfiction book for children before—or, any book—the entire process surprised me. The time that I was most taken aback occurred when one of my interviewees, James, questioned me! He wanted to know why I was interested in writing this book, what I would do with the information he shared, would I pay him. These are perfectly reasonable and understandable questions. But, I thought I was the question-asker!
LT: I’ve always said that I will know I’ve made it when I receive one letter from one child saying that something I wrote made a positive difference in his or her life. How do you define success?
CL: I love this definition, Laurie. I hope this happens to me—because, like you, I hope it happens to a child who reads our work. My definition of success is very particular to this book. 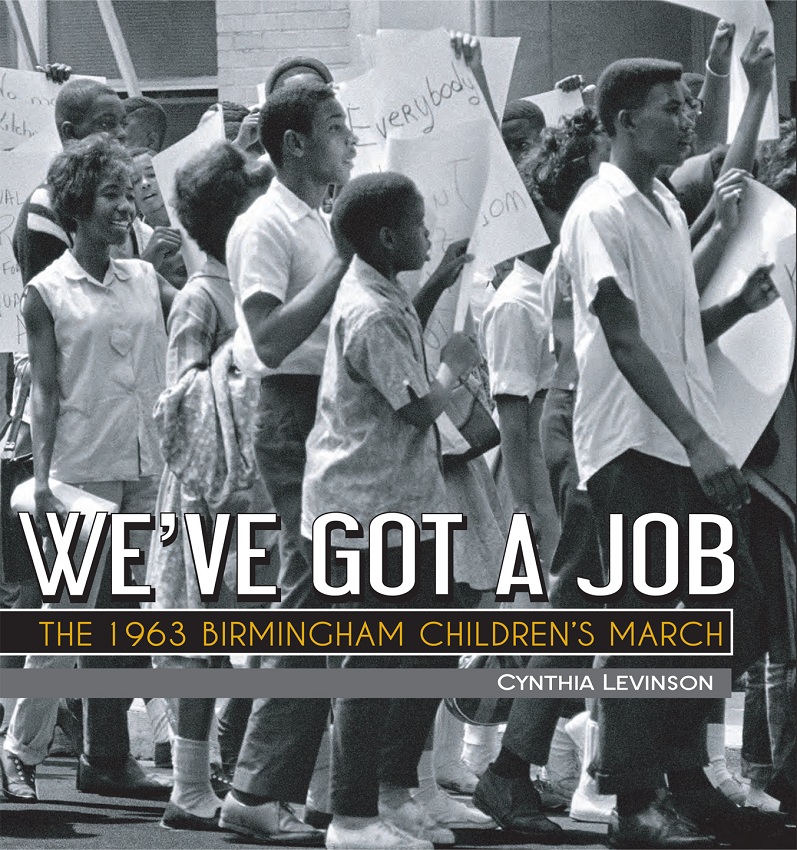 CL: When people who have even passing knowledge of the civil rights movement hear “Birmingham,” they generally and immediately think of the church bombing in which four girls were murdered. I hope that We’ve Got a Job: The 1963 Birmingham Children’s March will change their perception. I would like for readers to associate “Birmingham” not just with the tragedy of victimized children but also with children who took a stand, changing America with their determination and fortitude.
LT: And I’m sure they will! It’s impossible to read WE’VE GOT A JOB and not be touched both by what those children went through and what they accomplished. Thank you for writing such an important, powerful book, Cynthia, and thanks so much for sharing this behind-the-scenes view of it with me!

Today’s Nonfiction Monday Round-up is being hosted at The Children’s War.